Snetterton is another airfield turned race track but sadly it's never been the nicest place to visit. That's not to say that it's bad circuit - far from it. It just lacks the ambience of some of the UK's premier circuits like Donington, Brands and Silverstone. When you're in the car or on the bike that hardly matters and from a driving/riding point of view Snetterton has plenty of challenges. A fast lap at Snetterton is all about carrying your speed onto the straights even though the fastest corner of all - Coram - doesn't have a much of a straight after it at all, just the very slow Russell Bend. 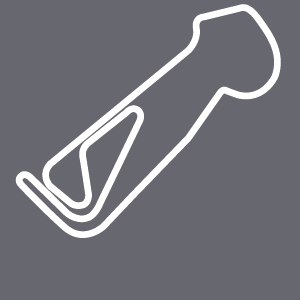 Completely revamped in 2011 with another mile of corners added in for good measure. Still a fast flowing circuit that has retained all the best bits to keep its original fans happy. Better than ever. Located at a former World War 2 US air base, Snetterton began its motor sport life in the hands of a group of Aston Martin enthusiasts. Among the first additions to the track were two chicanes designed to reduce racing speeds down the huge runways! With two of the longest straights in the country, and a location deep in the countryside, Snetterton is an ideal venue for round-the-clock events, long distance record attempts and speed trials. Newly built pit garages and hospitality suites have further enhanced its spectator appeal, as well as the new 'Snetterton 300' Circuit which adds another mile and a complex set of new corners.